5 Reasons Why You Should Watch Dr. Stone

One of the most anticipated anime titles of the summer 2019 lineup is Dr. Stone. Fans of the manga might be overly hyped about it, but as for me who haven’t read any chapter of the series, I thought this is an amazing anime, and the story is something that really caught my attention – science. There’s a lot of scientific stuff about it. Petrification, some geologic discussions, chemistry, and other micro components of science are involved in the series. Though they are depicted in the simplest way, the anime does a great job of making a very promising story of a young science-loving boy who has a goal to rebuild the terrible stone world into the best civilization with the use of his own method – the powerful weapon of science.

I know that some of you might wonder what makes the anime really special among many anime fans. It’s a shounen, yet not a generic one, and there are a lot of cool things behind its shounen formula. So, here are reasons to watch Dr. Stone. 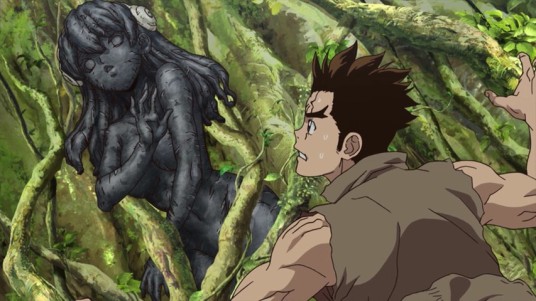 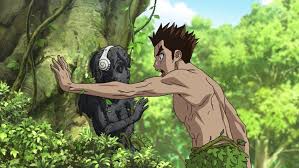 It brings you to the most challenging and exciting world of stone.

The process of petrification of the world is terrible. Imagine if every living organism turns into a stone, lives like a statue, then breaks into pieces, the end of life follows. Dr. Stone doesn’t let you feel terrify of Senku and Taiju’s fate in the stone world. It might seem lifeless and precarious, but it’s another exciting journey of their life towards building a new civilization through scientific method. It’s really fun to watch Senku’s brilliance, his survival skills, and how he takes all the scientific stuff in the most basic way. Their world is very unique, and there couldn’t be any similar anime series that captures the beauty of Dr. Stone’s realm. 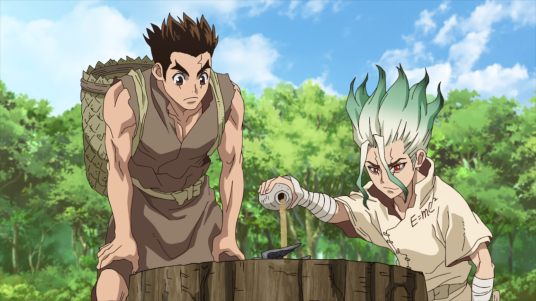 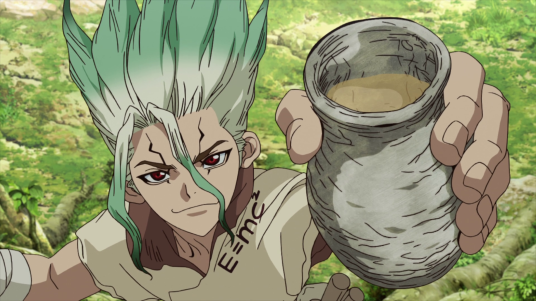 The scientific approach is simple but entertaining.

Senku talks a lot about science, and his brilliance is a notable part of his character. Despite his passion for everything that’s scientifically inclined, he explains his stuff concisely and doesn’t try to complicate his scientific method. Not everyone would enjoy science, but Dr. Stone allows the audience to explore the fundamentals of science in the most enjoyable manner. You’ll end up being the greatest mad scientist. 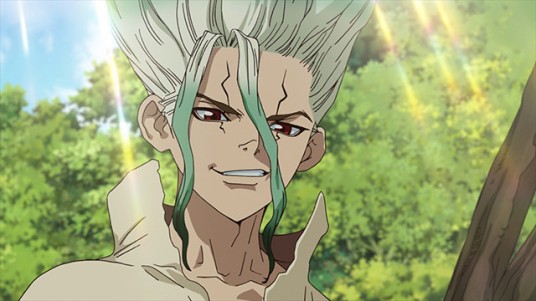 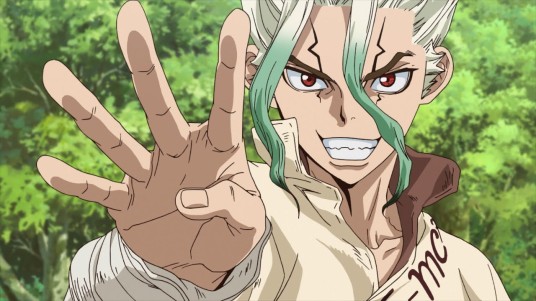 Senku is not your typical shounen protagonist.

Unlike other shounen heroes who are physically strong and are driven by their goals to fight evils and preserve justice, Senku utilizes his wit to save humanity and to make the most beautiful world he has envisioned. While he is not seemingly a soft-hearted guy and rather looks more arrogant than what you have thought of him, Senku doesn’t need to exert his effort to prove his strength to his opponents. He is calm, but he has a lot of clever ideas, skillful survival methods, and sometimes, he is the best comical relief of the season. His brain is the greatest weapon he wields on the battlefield.

The visual is topnotch.

One word to describe Dr. Stone’s visual – Flawless! I couldn’t stop myself from complimenting how strong the impact of the visual is. The environment that’s surrounded with beautiful spots, the characters, and the animation are visually captivating, and every detail is given a decent attention. When I watched the premiere, I initially noticed the refreshing vibes that the anime gave off, it’s well-contrasted , very vibrant, and I couldn’t see any dullness of it. Everything has become consistent as it goes on.

The music is spectacular.

Another remarkable aspect of the anime is the music. The rich musical background blends well with the post apocalyptic setting. It’s pleasant to the ears. Also, the opening theme titled “Good Morning World!” by Burnout Syndromes impressed me in particular the same as through the ending theme titled “LIFE” by Rude-α. I couldn’t simply skip any part of these songs.

What are your thoughts on Dr. Stone? What do you like about the series that made you keep watching it? Let Kurumi know in the comments.

One thought on “5 Reasons Why You Should Watch Dr. Stone”

All images belong to their rightful owners and are used for illustrative purposes only. I do not own any of them unless stated otherwise.
Follow Kurumi Shim's Blog on WordPress.com
%d bloggers like this: